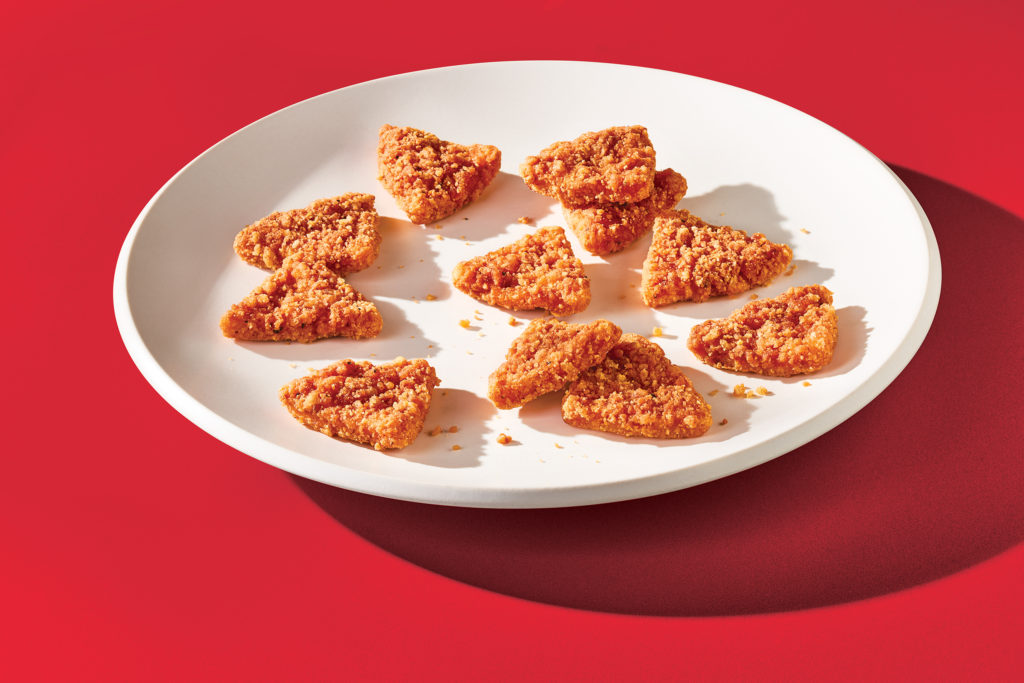 Nom-inations are in for the most crave-worthy nosh of the year.

Unless you’re taking a break from social media (whatever that means), surely you’ve been scrolling through post after post about the 2019 Emmy nominations announced last week. And if you’re anything like me, an avid binge-watcher of most things (shout out to my mom and dad’s Netflix, HBOGo and Showtime Anytime accounts—Best Supporting Roles in The Story of My Life), you’re already heading over to Etsy to secure those dragon-shaped cookies you’ve been eyeing and buying a new slow cooker to prevent a This-Is-Us mishap during your watch party on September 22.

Besides being the ultimate TV junkie, I’m also a big snack fan. Seriously. Huge fan. I would actually lump myself into the 8% of Americans who forego the ol’ three-square-meals structure and opt for a snack-all-day-every-day mentality. I might be on the more extreme end of the spectrum, but it’s pretty clear that Americans love their snacks. A little more than half of Americans admit to snacking at least 2-3 times per day between meals, which is about the same number of people who Netflix and chill on the regular.

So, hear me out: why can’t our snacks get the same love and recognition as our shows?

Thankfully, I’ve done the research. I’ve tallied the votes. And I’m here to present you with the first ever Snackys* Awards.

*Not to be confused with any real food and beverage awards; really just one gal’s preference for Tyson Any’tizers Chicken Chips and lifelong dream to host an awards show.

AND THE CATEGORIES ARE…

It’s more than fair to say that Chicken Chips are different than anything we’ve seen before. The triangular shape of these chips is truly a standout performance in itself (because we’ve all heard the best things come in threes). They’re snackable and poppable and oh-so-portable, and that’s why we love them. Gobble them in one bite or eat them corner by corner, one thing’s for sure: you’ll want to tuck some in your pocket for later.

With Chicken Chips’ unique ratio of chicken to breading, this offers a crispy indulgence, reminiscent of one of America’s longest-standing beloved snacks, the potato chip. You can count on that crunch-at-first-bite feeling with this new innovative, protein-centric and flavor-forward chicken snack.

This one was a really difficult call, but with such tasty, bold flavors, it really wasn’t fair to single out BBQ, Ranch or Sour Cream & Cheddar as a runaway star. So, we had to go with all three. These flavors are already wildly popular among consumers when it comes to regular chips, so why let potatoes have all the fun? And with 11 grams of protein per serving, Chicken Chips won’t leave your stomach feeling as empty as a crinkled foil bag.

Adaptability is key when it comes to snacking, especially if you want a snack that delivers on all occasions. With bold flavors, Chicken Chips are simply delicious au natural.

Whether you’re dressing them up as part of an elevated spread for your weekly gathering to watch the latest historical drama, or if you’re looking for a quick protein pick-me-up while yelling into your headset as you parachute from a bus in the sky, Chicken Chips are sure to deliver.

Have a few now for a snack or treat yourself to a lavish feast. With a resealable bag, it’s as easy as pausing your DVR for a bathroom break.

Not only is snacking on the rise, but people are getting more particular about how hard their snacks can work for them. Protein snacks are the second most popular munchies when it comes to American consumers, with ‘boneless meat snacks’ as a growing subcategory.

Couple this with the fact that people are looking for snacks that keep them fuller longer (um, hello, her name is PROTEIN) and are convenient and portable enough to keep up with their on-the-go lifestyles, and there was really no competition to begin with here.

Chicken Chips are perfect for any snacking occasion, tailgate parties, late-night gaming sessions or simply hanging out with friends and family.

While I could sit here and entertain you with more evidence as to why Tyson® Any’tizers® Chicken Chips deserve a standing ovation, you’re probably starving by now and itching to get your hands on a bag or two. Or three.

And the best part is, you don’t even have to wait for your Emmys party. You can pick up these award-winning** snacks right now (!!!) in the frozen section of major grocery retailers nationwide.

To learn more about Chicken Chips and where to purchase them, visit www.tyson.com

**Again, not to be confused with any real food and beverage awards; I just really like Chicken Chips and also hosting an awards show would be cool I guess?