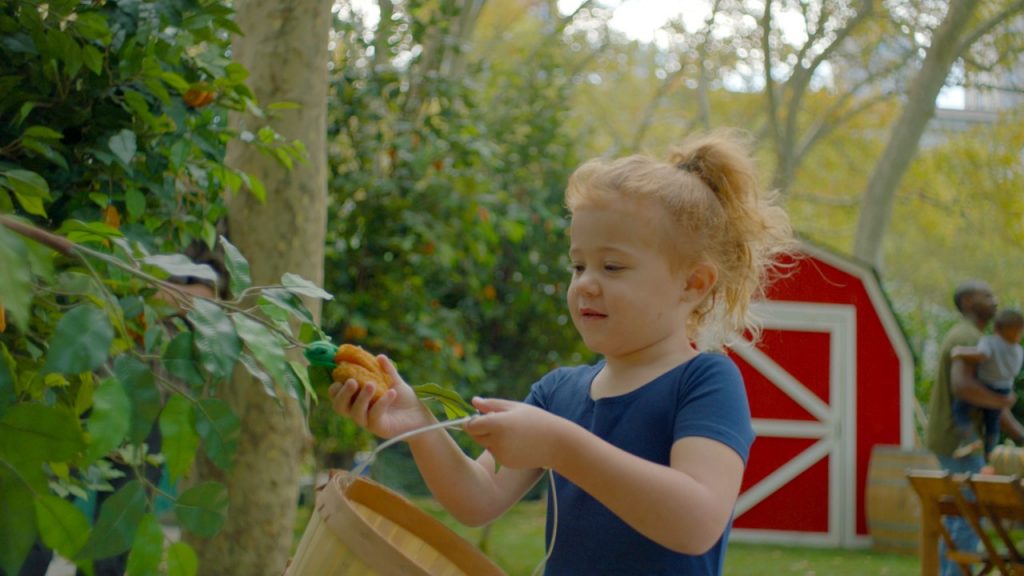 As the leaves start to turn and that familiar chill returns to the air, it can only mean that fall is here, and that means the time is ripe for a traditional autumn pastime: apple picking.

Last week, a tasty new orchard popped up overnight in New York City’s Bryant Park, but the trees were anything but traditional.

The rare trees, adorned with golden, crispy nuggets, appeared as part of a Raised & Rooted™ campaign as a fun way to show people that these freshly-picked nuggets are made with plants. Raised & Rooted is bringing the goodness of plant protein to everyone, and looking to break the barriers when it comes to the perception of plant-based food.

The brand partnered with several social media influencers who traveled to New York, some with their families in tow. They spent the day strolling through the rows of nugget trees, capturing photos and videos and sharing them on their social media channels.

Take a look at some of our pictures from the orchard and some of the delicious feedback we received from our influencers:

Visit www.raisedandrooted.com to find more information on Raised & Rooted products and where to find them near you.
Follow the Raised & Rooted brand on social at @RaisedandRooted.