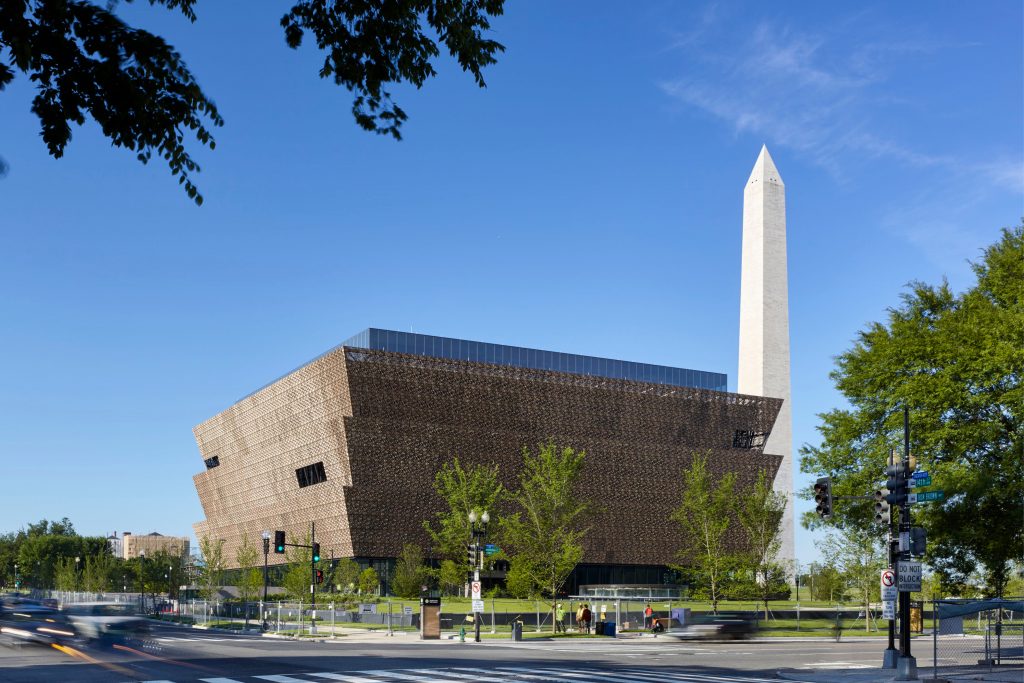 Last year, we joined a chorus of voices and organizations who desired to bring about change in the wake of national events prompted by tragic injustice. Conversations at Tyson Foods culminated in corporate commitments to further advance equity, inclusion and diversity in the workplace and provide corporate donations to organizations that share those goals for our society.

These donations, totaling $5 million over the course of three years, include a gift to the National Museum of African American History & Culture, a Smithsonian Institution museum, in Washington, D.C. This gift means we have joined other leading companies on the Museum’s Corporate Leadership Council.

The Museum, founded in 2003 by an act of Congress, is dedicated to “the documentation of African American life, history, and culture.” It provides visitors an educational experience about American history through the lens of African American culture, stories and values.

The Museum’s blog regularly features educational and historical content on topics ranging from sports to the arts to politics – and the African American figures who have helped shape them.

Below is an excerpt from their blog titled, “Because of Her Story: Activist and Suffragist Mary Church Terrell”:

Mary Eliza Church Terrell was a renowned educator and speaker who campaigned fearlessly for women’s suffrage and the social equality of African Americans.

Born in Memphis, Tennessee, in 1863, the year of the Emancipation Proclamation, Mary Eliza Church was part of a changing America. She was the daughter of affluent African American parents, both of whom were previously enslaved. Her mother, Louisa Ayers Church, owned a hair salon. Her father, Robert Reed Church, was a successful businessman who would later become one of the South’s first African American millionaires.

Terrell’s parents sent her to Ohio to attend preparatory school at Antioch and later Oberlin College. There she earned her bachelor’s and master’s degrees. At a time when women were not expected to achieve academically, Terrell excelled—and committed herself to passing on what she learned. After teaching for two years at Wilberforce College, she moved to Washington, D.C. to teach high school, where she met lawyer and future judge Robert Terrell. They married in 1891.

Although Mary Church Terrell’s life focused on education and progress, tragedy would spur her into activism.

In 1892, her childhood friend Thomas Moss was lynched in Memphis. Moss was the owner of People’s Grocery, a successful wholesale grocery outside the city. He, like Terrell, represented progress, which many whites at the time felt was a direct threat to their own commerce and livelihood. The gunshot-riddled bodies of Moss and two of his employees were left on a railroad track just north of Memphis.

Terrell, along with journalist Ida B. Wells, organized anti-lynching campaigns to mobilize advocates and generate awareness. Later she would protest President Theodore Roosevelt’s 1906 discharge of 167 African American soldiers for unfounded conspiracy claims in Brownsville, Texas. She wrote columns and essays espousing the importance of dignity and respect for the soldiers and demanded a fair trial. Her efforts were to no avail at the time, although an Army investigation in 1972 led to the honorable discharges of all the soldiers, only two of whom were still alive.

Terrell held firm to the idea of racial uplift—the belief that blacks would help end racial discrimination by advancing themselves through education, work, and activism. Her words “lifting as we climb” became the motto of the National Association of Colored Women (NACW), the group she cofounded in 1896.

She also would go on to serve as one of the charter members of the NAACP, founded in 1909.

Continue reading about the life of Mary Church Terrell.

In addition to their robust collection of Web and blog resources, the Museum will be hosting special, free online events to mark Black History Month.

On February 11, they will host “In Dialogue: Social Smithsonian Objects And Social Justice – Race And Medicine,” where Scholarly and Social Justice Program Lead Leslie P. Walker will have a discussion with the National Portrait Gallery’s Beth Evans about race and medicine as represented by related objects.

On February 21, the Museum will host an “African Americans in STEM Wikipedia Edit-A-Thon,” where participants will “create and edit Wikipedia pages for African American STEM professionals highlighting the impacts on their communities, nation, and the world.”

And on February 23, a discussion will be held on “The Economic Impact of COVID-19 On The African American Community,” featuring panelists Dr. Algernon Austin and Dr. Jevay Grooms as well as moderator Michael Fletcher of ESPN’s “The Undefeated.”

We are proud to support the mission of the National Museum of African American History & Culture and others who help advance the cause of social equity and make the world a better place for everyone.