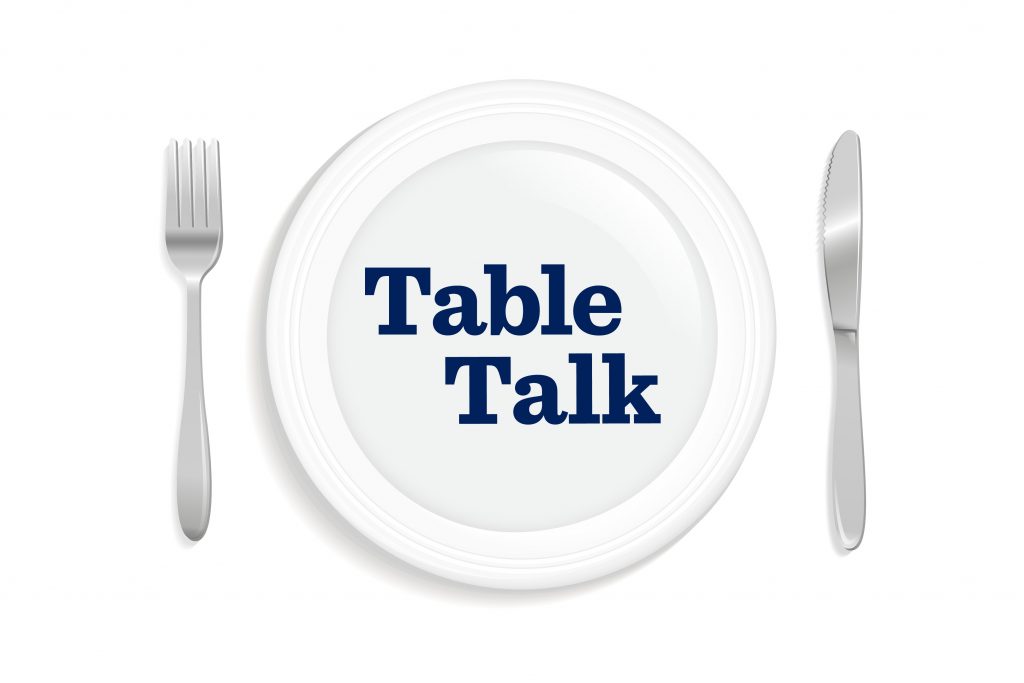 At Tyson Foods, we understand the power of good food and its ability to connect people across cultures and around the world. We also believe strong communication, especially between team members and leadership, is foundational for success and integral to our company culture, and this desire for open conversation is at the core of our video series, Table Talk.

“It’s important for us to find out what’s on the minds of our team members around the globe so we learn from each other,” Johanna Söderström, Executive Vice President & Chief Human Resources Officer, said in the second episode. “We do look after each other, and we feel like a family.”

Our second installment of Table Talk, a bimonthly series connecting team members and leadership, aired in November of 2020. Episode two featured team members Cynthia Trujillo, Zeger Zeilemaker, Ronda Gooch, and Johanna Söderström discussing some of their favorite dishes ahead of the holiday season. The episode also gave team members the opportunity to ask Söderström questions important to them and opened to further discussion about key company values like team member engagement and equity, inclusion, and diversity.

Ronda Gooch, a human resources manager, kicked off the discussion. Gooch is a Marine Corps veteran and joined Tyson Foods after spending over 20 years in the casino industry. She wanted to know about Söderström’s biggest human resources challenge since taking on her role earlier in 2020.

Cynthia Trujilo is a community liaison and has been with Tyson Foods for over 19 years. She wanted to know what other Tyson Foods role Söderström would like to spend a day doing. Söderström noted the skills and abilities of our truck drivers to navigate their equipment and how much she’d love to learn from them.

Zeger Zeilemaker joined the call from our facility in Oosterwolde, Netherlands where he is an associate manager in Innovation and Development. He asked how we continue to ensure equity, inclusion, and diversity throughout our organization. Our business resource groups (BRGs), Söderström responded, provide opportunities for team members and leadership to learn from and connect with each other.

Table Talk first launched in September 2020, bringing together team members Lisa Blotsky, Helen Neal, and Christopher Bailey for a chat with Chad Martin, Chief Operating Officer for poultry. Details and recipes shared during their discussions can be found here.