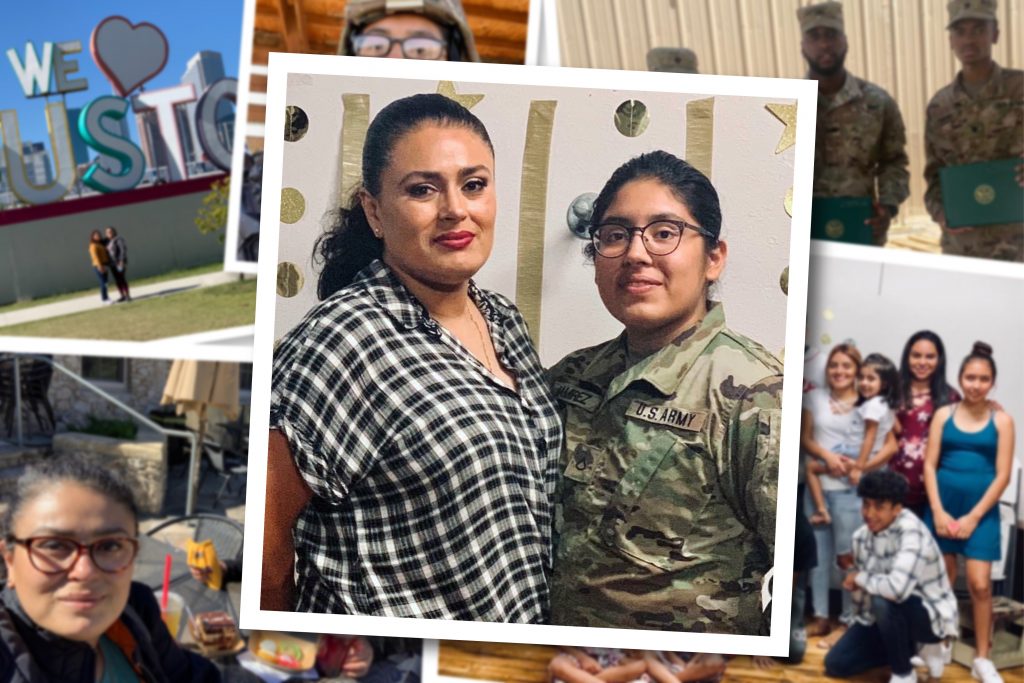 After a year of unknowns, Priscilla was finally told she’d be able to return home in September of last year. She wanted to share the good news, but her first call wasn’t to her mom.

“Martha’s daughter reached out to the management here at the plant, because she knew when she was coming home and wanted to surprise her mom,” B Shift HR Manager Mayra Palafox said. “The team in Logansport feels like family, so we knew how important it was to make it happen.”

Given stricter COVID-19 visitation regulations at the plant, Mayra got special approval to facilitate a reunion. With help from Martha’s family and supervisors at the facility, the planning took three weeks and two rounds of quarantining on Priscilla’s part.

They decided to dress Priscilla in a frock, then have her waiting outside of a manager’s office. To get Martha there, the team said there was a “meeting to discuss an issue with a team member that Martha needed to attend.” Everything was in place for a successful surprise reunion.

Though Priscilla’s flights continued to get delayed throughout the night, the management team stayed several hours after their shifts to make sure there were no hiccups along the way. It wasn’t until around 11:30 p.m. that she was inside the facility, ready to surprise her mom.

Martha nervously walked into the management area and almost immediately recognized her daughter.

“At first glance, I saw all my supervisors, but I also saw a team member wearing a frock without a hairnet,” Martha said. “The boots gave it away! I knew she was going to surprise me; I just didn’t know it would be at work.”

The love in the room was contagious. Mayra recalls the emotion from the whole team.

“Her flights were getting delayed, but we all wanted to be here for the reunion,” Mayra said. “Everyone was bawling – not a dry eye in the room!”

That day was especially meaningful for Martha.

“I will keep it in my heart forever,” she said.

Martha had saved her vacation to use when her daughter returned.

“Martha kept talking about her vacation in November, but we all knew it would come sooner,” Mayra said.

“I was touched and grateful they allowed me to have that moment and to spend time with her when she did get back,” Martha said. “These things are priceless.”