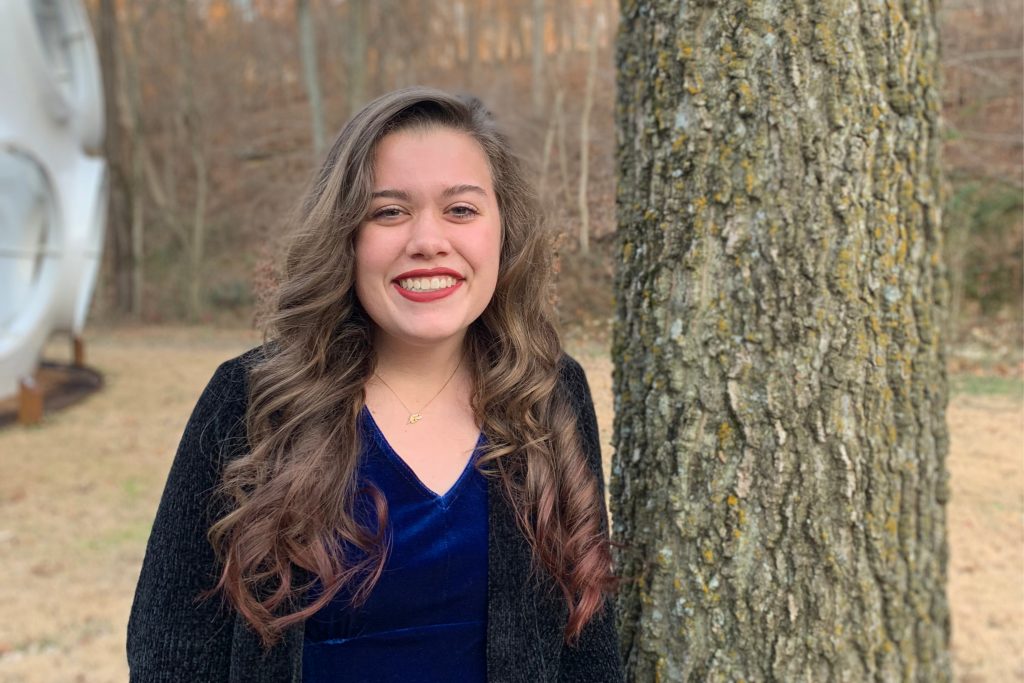 When Lora was a junior in high school, she went on a trip to Washington, D.C. to advocate for a bill in Congress called the End Modern Slavery Initiative. She arrived in D.C. armed with research, having spent weeks reading and learning about the millions of human trafficking victims worldwide – people who were not being treated as people.

“It moved me to the very core of my being,” Lora says. “There was simply no question that I had to do something to help.”

Since then, Lora has passionately advocated for greater human trafficking awareness through Dressember. The challenge is simple: every day for the month of December, participants wear a dress or tie to generate awareness around human trafficking. A fundraising portal is created for all participants, and donations for advocacy groups and resources worldwide can be made through the portal year-round.

To date, the Dressember campaign has raised over $13 million for resourcing programs that address human trafficking systemically and support human trafficking victims, survivors, and at-risk communities. It’s this multifaceted approach and ease of the campaign that keeps Lora participating year after year.

“All of the money raised through Dressember goes to support an array of different organizations that are all making a difference fighting human trafficking on different fronts – some work on the legal side, others in recovery and safe houses, and more in prevention and education. This variety was the main pull as a high schooler working a minimum wage job. I felt as though the effort helped do the most good on the most fronts.”

Also, Lora says, wearing a dress every day in December is a great conversation starter. “I’ve been able to facilitate many conversations about human trafficking by simply shifting my attire for 31 short days a year,” she says.

Sharing with her Tyson Foods team members has been a powerful experience for Lora. She says they care deeply about the world we live in and the people around them. Many have taken the time to learn from Lora as she’s shared facts and statistics about human trafficking in the modern world, as well as its impact in the U.S. and within our industry.

In 2017, the International Labour Organization estimated there are 40.3 million victims of human trafficking globally, with 25% of those being children.

This past Dressember, Lora set a goal of raising just over $4,000, aiming to bring her six-year total to $10,000. Through the generosity of her team members and Tyson’s Giving Together matching program – which matches up to $1,000 in charitable donations per team member, per year – Lora is on track to meet her goal.

“I appreciate working for an organization that prioritizes the time, talent, and passions of its employees,” Lora says.

Living and working with honesty and integrity is a core value at Tyson Foods. Last year, we joined hundreds of other companies, trade organizations and government agencies in signing the U.S Department of Transportation’s initiative to fight human trafficking. Transportation Leaders Against Human Trafficking (TLAHT) is comprised of transportation and travel industry stakeholders working jointly to maximize their collective impact in combating human trafficking.

You can find Lora’s Dressember campaign here, and watch this video from the Department of Transportation to learn more about the warning signs of human trafficking and how to report them.