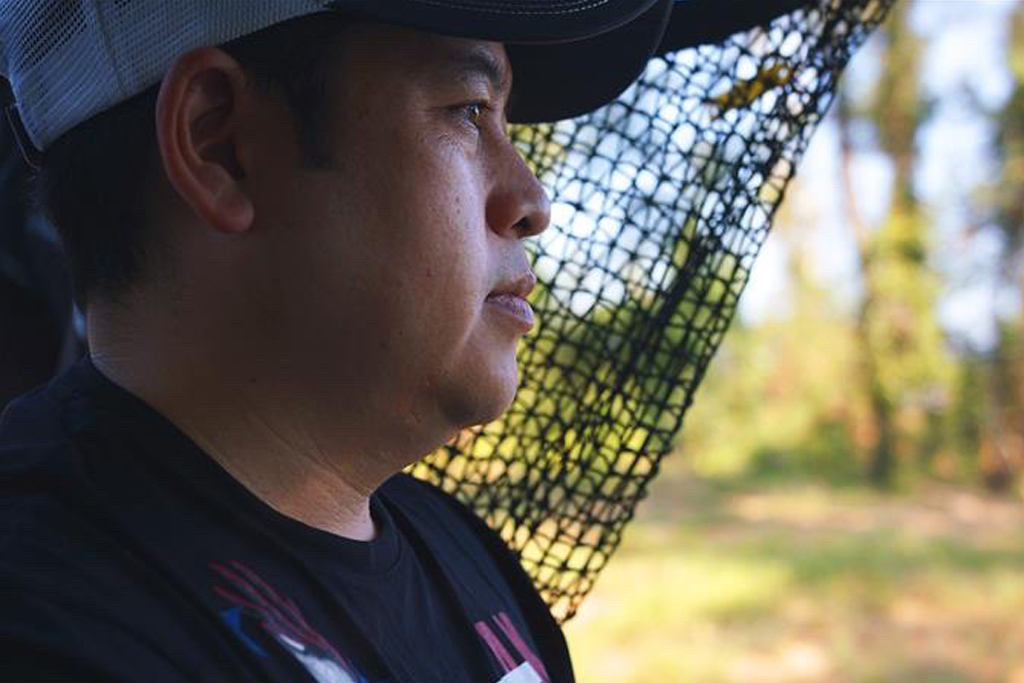 30 SepBuilding A Future in Rural Arkansas: A Tyson Farmer Story

When Alex, our videographer, and I got to Brian’s house in Arkansas, he pulled out mugs and started heating up water for tea. He said he had coffee, too, if we preferred, and his wife Lisa would soon be back with breakfast. The sun had just come up.

Brian had already done his morning checks at the chicken houses while Lisa took their three daughters to school. Their youngest, Victoria, was starting kindergarten and nervous about her first day. Lisa later told me over sausage rolls and donuts how Victoria had changed her dress three times that morning.

Brian and Lisa both immigrated from Vietnam in the ‘90s and began farming in 2017, growing breeder hens for Tyson Foods. Before moving to Arkansas, Brian and his family lived in Houston where Brian worked as a car salesman.

The work was good, but inconsistent, and the hustle and bustle of Houston kept him from time with his family more than he liked. His uncle, a longtime poultry farmer himself, called him one day with an idea.

“Go home and get changed, my uncle said, and come to Arkansas. I have a contract with Tyson Foods for you,” Brian told me.

Brian was skeptical. He remembered farming in Vietnam, that it was nearly impossible to support a family by farming there, that living in the country could be scary and dangerous.

But, with one day’s notice, Brian and Lisa drove through the night and got to Arkansas at 6 a.m. At 7 a.m., they signed a contract with Tyson Foods and set out to begin their breeder hen farm in rural Arkansas. TTV Farm – named for his daughters Tina, Tammy, and Victoria – started with three chicken houses and just Brian and Lisa to manage them.

Their first three houses produced up to 20,000 eggs a day – all collected by Brian and Lisa. But they knew they could do more and soon set sights on expanding, adding three more houses. And after just four years in the poultry business, they are hoping to expand again.

When I asked Brian how just he and his wife handle such a large operation and so many eggs – eggs at three of their houses are collected by hand – he pointed to Lisa. “She’s fast. She’s much faster than me.”

Also, he said, they couldn’t do it without help from Tyson Foods.  “It’s why we’ve been successful here,” Brian said.

Every week, Jason, their Tyson Foods service tech, visits Brian’s farm to check the animals and their feed and help Brian in any way Brian requests. Jason was on-site during our visit and walked the houses with Brian.

Early on, people told Brian that successfully owning his own business couldn’t be done. After a long illness in high school, Brian dropped out of school his junior year and didn’t go to college. Friends and family asked him how he expected to run a business without that education.

“People keep saying I’m dreaming,” he said. “But now I did it. And I plan for more. I’m not stopping.”

And he wants to share his knowledge and experience with others. He’s helping two of his cousins get set up with their own chicken farms, translating for them when needed, working with builders, and noting what equipment is needed. His brother-in-law, Cam, is also in-progress on his own chicken farm. He’s working with Brian and Lisa in the meantime to learn the ropes.