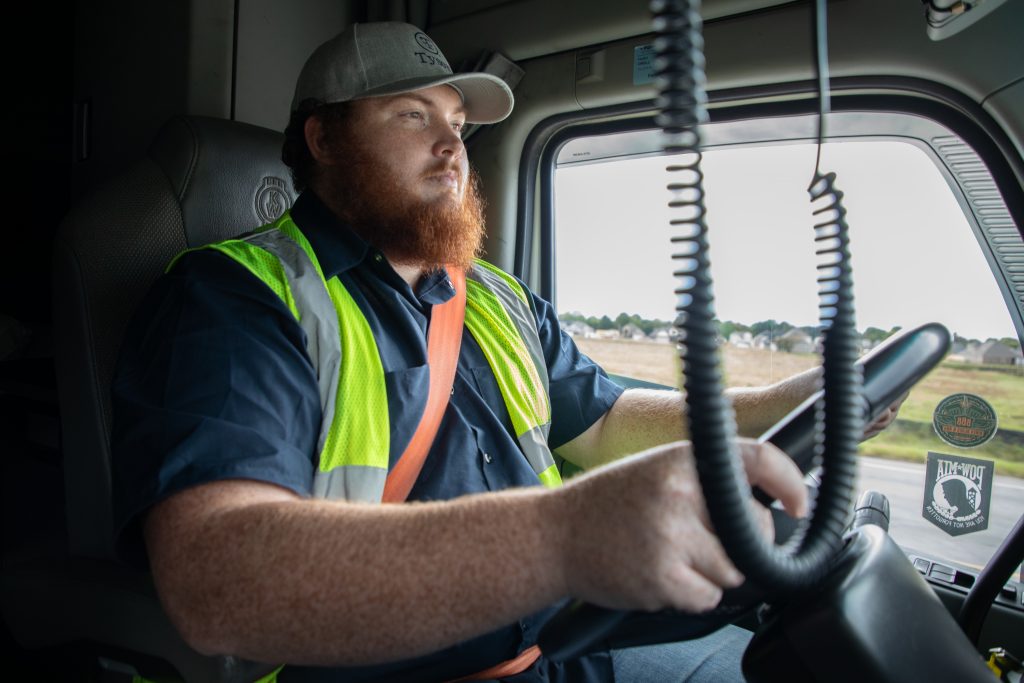 Zane, who I first wrote about last year, became the youngest over-the-road driver ever at Tyson Foods when he joined the company at age 21. He trained under the supervision of his father Lloyd Frost and the pair hit the road as team drivers.  Since he has  a young family , Zane recently switched to a local route and he’s making company history again as the youngest shuttle driver in the fleet’s history.

Zane’s  100,000-mile safe driver achievement is a testament to our commitment to safety, and investment in the next generation of drivers. He’s  one of 173 drivers that came through our driver training program in fiscal 2019. Among those drivers, 116 have remained entirely accident-free. Of the 57 that reported accidents, more than half were considered minor, resulting in no injuries and less than $1,200 in damage.

Overall, Tyson Foods has more drivers, in more trucks, doing their job more safely than ever before. The number of drivers is up 14% and truck and trailer inventory has grown 45%, while driver injuries are down ­­37% since 2015.

Like Zane recently said, “if you’re gonna do something, be the best. And at Tyson, being the best is being the safest.”

Ask Zane about any other team members driving for Tyson Foods, and he’ll tell you they’re the best drivers you’ll ever meet.

Learn more about joining our team today:
• MORE INFORMATION ON DRIVING FOR TYSON FOODS
• APPLY TO BE A TYSON FOODS DRIVER TODAY
• Call a recruiter: 1-800-933-6442

Pat Coonce is the Associate Director of Risk Management for Transportation at Tyson Foods. In this role, Pat leads the team responsible for driver recruiting, training, safety, and compliance for the Private Fleet’s refrigerated division.

A veteran, Pat enlisted in the Navy in 1985 and joined Tyson Foods in 1991 as a dock worker at Tyson Distribution Center (TDC) in Rogers while continuing his military career with the Navy Reserve and enrolling in his first semester of college. He transitioned from warehousing to transportation in 1996 and has held various positions at the Springdale Terminal serving both our internal and external customers. Pat received a degree in Mathematics (BA) from the University of Arkansas in 1999 and retired from the Navy Reserve as a Chief Petty Officer in 2008. He embraces change and enjoys the challenges associated with making things better for his coworkers and customers.

Pat met his wife Ruth while working at TDC and they are in their 26th year of marriage. They have two daughters (Kira and Mary), one son (Paul), and one granddaughter (River). Pat loves the water, whether ocean, lake or stream. He and his wife live on Beaver Lake in Garfield, AR and spend most weekends on their boat with family and friends.