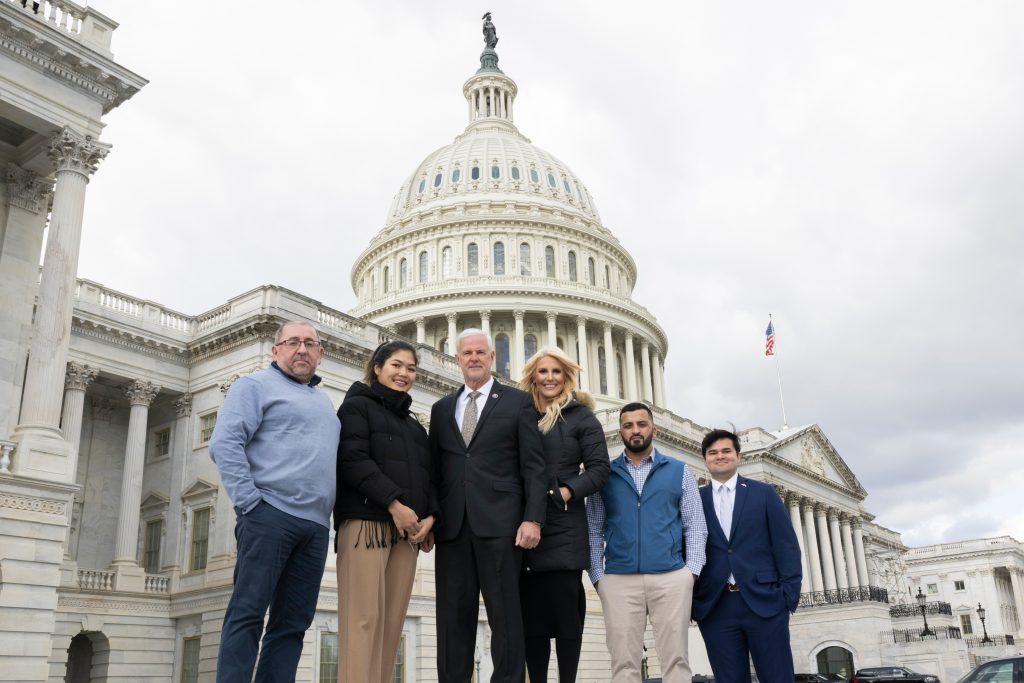 Tyson Foods is a place where anyone can find a home, no matter where you come from. Over the past two years, we’ve invested more than $2.4 million to support immigrant team members and provide free legal and citizenship services. We’ve helped more than 500 team members become citizens in the last six months and provided counseling for more than 2,000 team members on other immigration issues.

This commitment by the company has forever changed Paw Lar, a Tyson Foods team member who was recently naturalized as a U.S. citizen through our Tyson Immigration Partnership program. Lar joined Tyson Foods leaders and other immigrant team members on a trip to Washington D.C. in November for the National Immigration Forum’s Leading the Way conference – where Tyson Foods received the Keepers of the American Dream award for its comprehensive and cohesive work with recruiting, transitioning and stabilizing immigrants and refugees.

“Tyson Foods changed my life,” said Lar, who works at the company’s Clarksville, Arkansas, facility. “Not only was it a trip of a lifetime, but it made me even more proud to be a U.S. citizen. It was a humbling, emotional and breathtaking experience touring the White House and learning more about the history of the country I now call home.”

Two other immigrant team members, Mohammed Tawab and Chaplain Santiago Albuja, were also in awe from the moment they touched down in Washington until the end of the trip when they met and toured the U.S. Capitol with U.S. Congressman Steve Womack.

“It was an unbelievable opportunity and an incredible honor,” said Tawab, who works as a recruiter at the company’s Amarillo, Texas, facility. Tawab was previously an interpreter for U.S Special Forces in Afghanistan and speaks fluent Dari, Pashtun, and English.

It’s Tyson Foods team members like Paw, Mohammed, and Chaplain Santiago who make us better, teach us more about other cultures, and inspire us to go the extra mile to support our team members, customers, and communities. Their stories will drive us forward in developing immigrant services and support for our team members for years to come.

Founded in 1982, the National Immigration Forum advocates for the value of immigrants and immigration, promoting responsible federal policies that continue to recognize America as a land of opportunity. We will continue to work with the National Immigration Forum to urge Congress to act on common sense immigration reforms that support our current and future team members and create opportunities for all to grow and thrive.