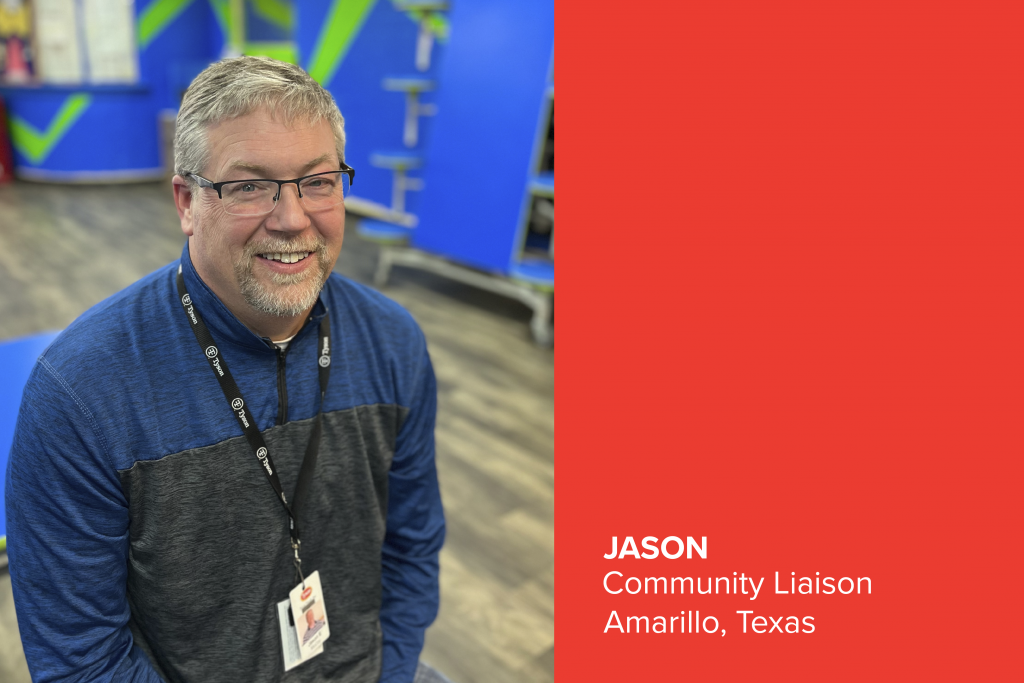 24 MayPilot Childcare Program Takes Off at Tyson Foods in Amarillo

Caring for our team members often involves another big “C” we value as a company – Creativity.

Recently, our Amarillo, Texas, location, led by Community Liaison Jason, took on a creative challenge of their own to help fill one of the biggest needs of team members on second shift: – childcare.

When conversations about the need kicked off last year, Jason quickly discovered there was no evening childcare available anywhere in Amarillo.

That’s when Jason, with the support of plant leadership, reached out to two area providers with a partnership opportunity to help accommodate parents. And the doors began to open.

Tyson Foods awarded grants to the Wesley Community Center and the Maverick Boys & Girls Clubs of Amarillo to pilot a childcare program for team members – free of charge.

The Wesley Center is licensed by the state of Texas and can provide care for infants. The Maverick Boys & Girls Club provides after-school care that extends for participating team members through the end of their shift. Children are picked up from more than a dozen schools and brought to the Club.

“Where immediately they get a snack, help with their homework, and get some free time,” Jason says.

And team members have peace of mind knowing every need of their child is being met. With part of the contract funding they received, the Boys & Girls Club purchased commercial washing machines, dryers, and refrigerators along with cots for the kids to rest.

Jason says the program has really started to take off, as team members have learned about the benefit and started take part.

“A couple of people have said they have relatives who are going to apply at Tyson now that there is childcare available because they want to be part of that ‘employer of choice’ company that’s going to care about them,” he said.

What’s more – the Maverick Boys & Girls Clubs of Amarillo was recently recognized with a Hometown Hero award from the National Boys and Girls Club of America Organization for helping meet the childcare needs of critical workers during the pandemic. Amarillo Mayor Ginger Nelson presented the award at the National Conference in Chicago this month.

It’s likely a full-circle moment for Jason, a lifelong resident of the Amarillo area, as well as a prime example of why his role exists: “to show the community that Tyson cares to be a part of that community as well as to show team members that the company cares about them and wants to remove barriers so they can be at work and provide for their family.”

Tyson strives to be the most sought-after place to work in the protein industry and has recently announced ride-share programs at some locations, free education assistance for all U.S. team members, expanded legal and citizenship support, and more. To learn about opportunities with Tyson Foods, visit www.tysonfoods.com/careers.