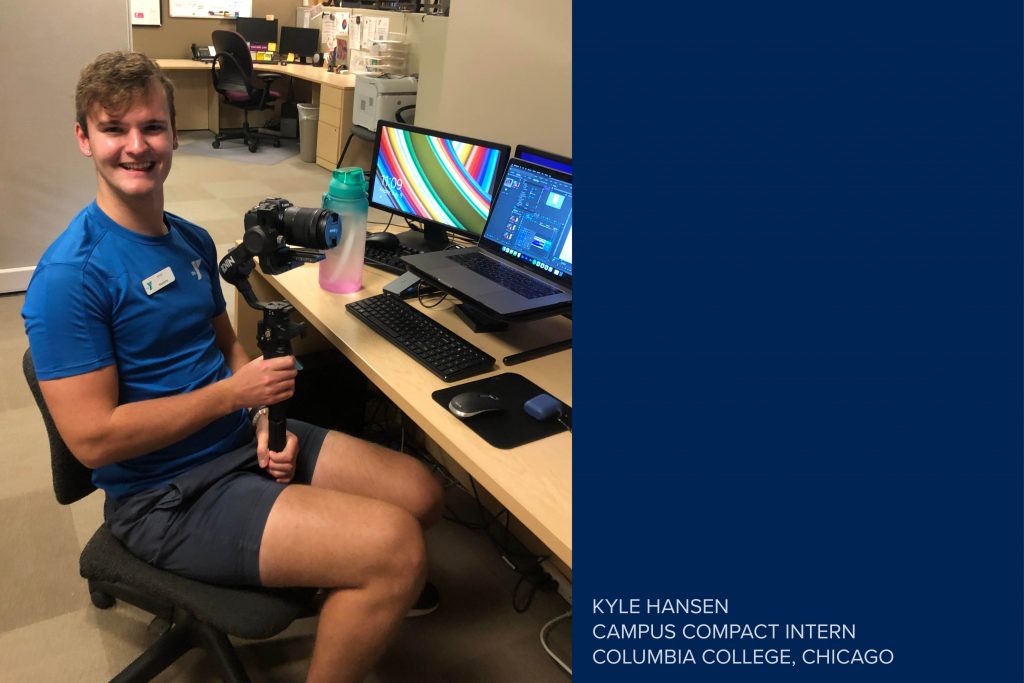 20 Jul‘One of the Best Experiences I’ve Had:’ A Spotlight on the Summer Community Internship Program

Giving back to the communities where we operate takes many forms. This summer, we partnered with Campus Compact to award $66,000 in grants to 20 organizations in the Sioux City and Storm Lake areas to fund local internships as part of our Summer Community Internship Program.

Kyle Hansen, a student at Columbia College in Chicago, is one of the interns taking part in this program. He is interested in pursuing a career in film and accepted the Visual Media internship at Norm Waitt Sr. YMCA in South Sioux City. Since starting at the YMCA, he has filmed and edited about 20 videos and a commercial for the nonprofit.

The work, he says, has been rewarding, and he’s enjoyed the positive feedback he’s gotten on his projects.

“Your friends and family can always tell you it’s great,” he said. “But having other people comment on the professional quality of your work makes you proud of the risky choice you made to pursue a non-conventional career.”

Grantees received funding to support a full-time college intern for eight weeks over the summer. It’s an opportunity for students to gain professional experience at a nonprofit while making a positive impact in local communities.

“My time at the YMCA has been one of the best experiences I’ve had,” Hansen said. “I’ve been part of an amazing workplace culture and a member of an organization that does phenomenal things for the community and displays values that align with my own.”

“I have a very particular vision of how the YMCA is to be represented to our community, and Kyle has helped that vision become a reality and really shine through in our marketing efforts,” she said.

Part of the experience for Hansen has been learning the marketing requirements for creative work he’s producing for the YMCA. Taking time to do that has given him insight into the comprehensive knowledge and detail involved with branding and marketing. But, he says, it’s been a challenge he’d gladly take on any day.

Last summer, interns in the program addressed various community issues, including COVID response and relief. Over the last four years, the program has partnered with 31 organizations supporting 85 interns across Northwest Iowa.

Future interns will take on a variety of roles within these organizations, including creating immigrant outreach programs for the juvenile court system, building a social media strategy for a food bank, and participating in a culinary internship for a homeless shelter. ​