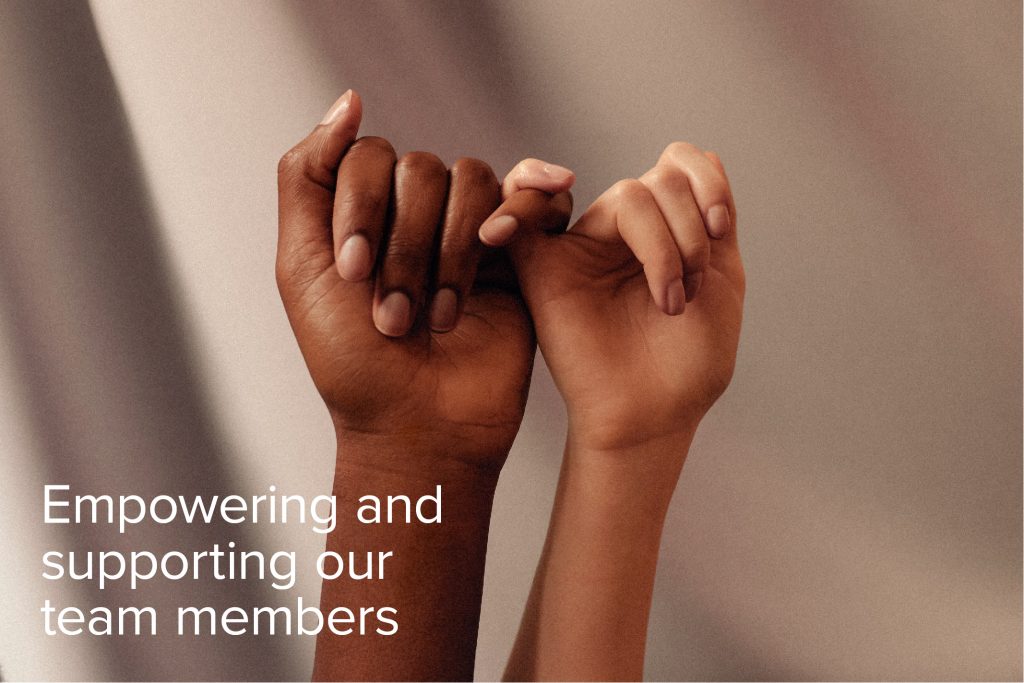 The Tyson Foods Business Resource Groups (BRGs) not only serve to connect team members with similar interests and backgrounds, but also to raise up allies among them. Members of the Veterans BRG, for example, might not have served in the military, but they do desire to empower and support veterans within the Tyson Foods family.

This ambition of empowerment and support among our BRGs is summed up in what we call “allyship.” Below, members of several of our BRGs describe what participation in a BRG and being an ally means to them.

What Does It Mean to Be a Veteran Ally?

If I had to answer the question, “What does allyship mean for members of the Veterans BRG (VBRG)?”, I would say it means supporting veterans at Tyson Foods and standing up for them.

Military service is a unique experience. Fewer than .5% of Americans ever serve on active duty. As a veteran, I can tell you this can often feel isolating. Many times, throughout my Tyson career, I have asked myself, “Am I the only one here? Are there any other veterans on our team?” Support from other team members goes a long way towards making us feel welcomed, supported, and included.

There are many misconceptions about military life, especially for career service members like me. Listening and seeking to understand each other’s different perspectives is one of the best ways to support the veteran community.

By supporting veterans as members of the VBRG, we are helping better the people and communities around us.

Why I’m Part of the African Ancestry Alliance BRG

Allyship, for me, started with one thought. I left it unchecked, and it formulated into an entire life movement. That one thought opened the floodgates to a rushing river of myself that I didn’t realize was raging. Those feelings imploded into an uncontrollable mandate to do something about it.

But what was it? It was a culmination of all my experiences, professionally and personally. It was being fiercely indifferent to the fact that anyone looked at me differently. It was because I was raised in a home that valued family and love over differences and by parents who taught me no one has superiority over me, nor do I have superiority over anyone else.

This did not mean we were all the same; it is simple reciprocity. I receive the same respect and support I give to others. With that, I raise my hand to be an advocate, defender of rights, and to be seen as an equal partner in uniqueness to the world.

It started for me as a child, knowing differences were made between people of different races, genders, ethnicities, religions, identifications, sexual orientations, and other things not spoken but definitely there. Even though people were not treated the same, I was required to give the type of respect I wanted to receive.

My parents’ example of allyship was their love and commitment to each other, their children and family, and others they helped in their personal and professional lives. Their example became a fixture within my heart. “It’s just what you do. You help others. You grow by watching and helping others grow themselves.”

What is allyship to me? It’s a lifelong process of consistently investing in people and relationships, building and fortifying trust, and accountability. It’s an all-encompassing passion to learn more about myself and others.

My Inspiration to Join the Latinx BRG

As with many of the choices I have made over the years, being a good dad and a proper role model for my children has guided me. With all the great BRG choices Tyson Foods has to offer, once again, thoughts of my girls led me to join the Latinx Group.

While my daughters are now 30 and 27 years old and have grown into dynamic career women of their own, I still try to look at many things through their eyes. The decisions they have made in their education and careers influenced me to join.

My oldest daughter Jessica is currently working full time and completing her Master of Divinity at Yale University. During her undergrad studies, she chose to take a semester abroad in Costa Rica and later participated in a 10-week immersion program in Mexico. This experience built and defined her as she entered divinity school.

In her second year, she became president of the Graduate Study student body and implemented programs to assist Hispanics with English as a Second Language and the citizenship exam. Her commitment to this community has had a profound effect on me.

Likewise, the experience of my younger daughter Sarah has impacted my life. She is currently a nurse in Philadelphia, Pa. and has been on the front lines of the pandemic. She’s always played the role of a caregiver, and in college, she was a leader in the national organization Help Save the Next Girl.

When it was time to choose what kind of nursing career she wanted, Sarah followed the advice of her grandmother who always said, “Choose what scares you the most.” She makes me proud every day, and together, my two daughters make me want to live up to their expectations. Therefore, I chose to be a part of the Latinx BRG! To not just make my girls proud, but to make a difference.