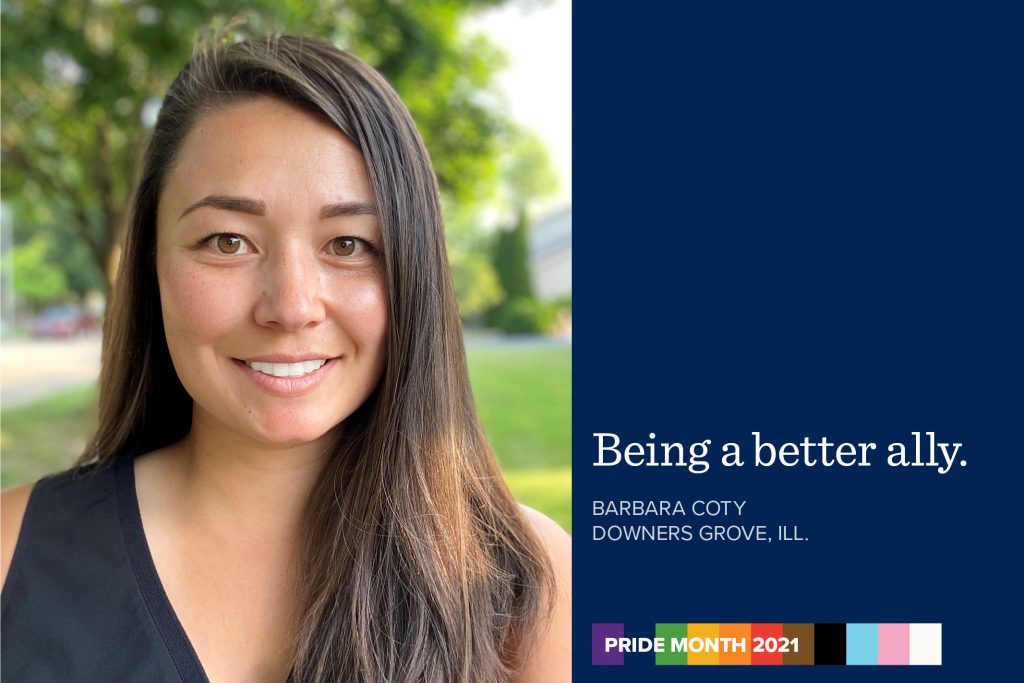 15 JunWhen You Know Better, Do Better: Being a Better Ally

People often think because I am chair of Tyson Foods’ Pride Network Business Resource Group (BRG), I am knowledgeable in all the best ways to be an ally. I strive to understand how the LGBTQ community is affected by our changing world; however, the truth is I am always learning.

In April, Pride Network BRG hosted a “Transgender Inclusion & Allyship 101” lunch and learn featuring guest speaker Dansen Mayhay, the community engagement and training coordinator at Center on Halsted, Pride Network’s key partner in Chicago. Part of this training included discussing sexual orientation, gender identity, and gender expression. Like others may have felt, I was not well versed in how these terms differed from one another before attending this educational session. Now that I have a greater understanding, I can help educate others:

We also learned why it is important to use a person’s personal pronouns, and how they are as integral to a person as their name. Imagine how you would feel if someone used your name or pronouns incorrectly when referring to you. Transgender and gender non-binary people feel equally as disrespected as a cisgender person would.

I chose to add pronouns to my email signature after learning how important they were to a person’s identity. It is an easy way to share I am an ally, help educate others, and normalize discussions about gender. Making this small change can have a big impact. This simple gesture can help others feel more comfortable with who they are and bring their authentic selves to work each day.

Senior Food Scientist at Tyson Foods
More from this author