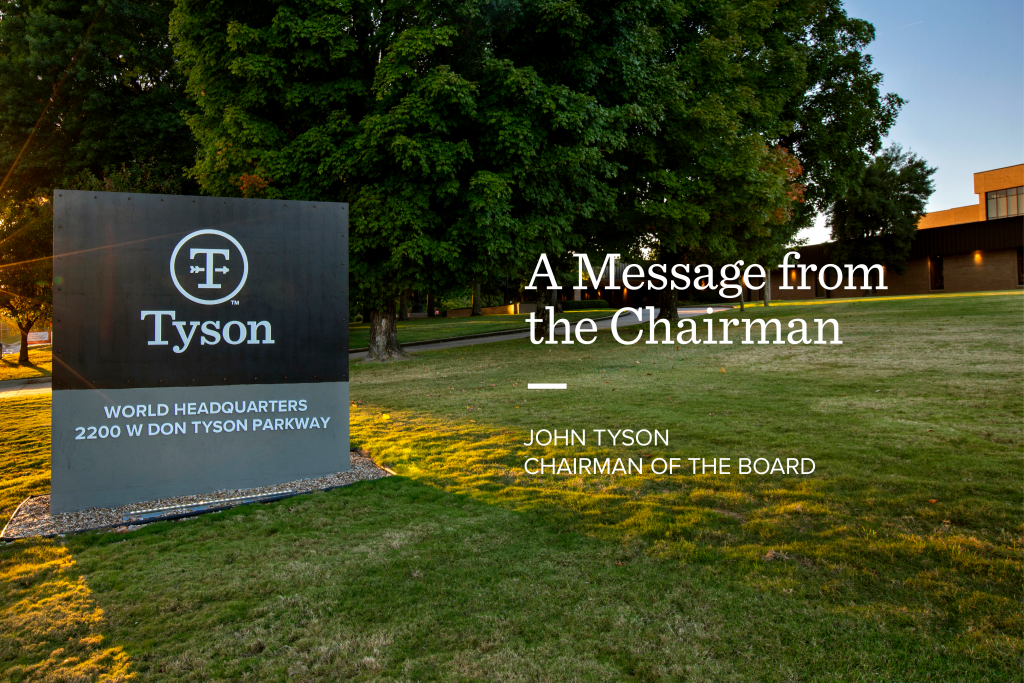 To our Tyson team members,

Many of you may have heard that some of the leadership at our Waterloo facility may have acted in a way that tarnishes our core values. I am angry and upset, as I’m sure are all of you. I’m embarrassed by this alleged behavior, and we will not tolerate any disrespect or disregard for the well-being of our team members. This is not the company that my grandfather founded and that my father passed on to me, and it is not what we stand for today.

We have suspended, without pay, the individuals involved in the alleged activities. We have also retained former Attorney General Eric Holder and his law firm to investigate what occurred in Waterloo. If this investigation determines that these accusations are true, I promise you that we will swiftly take additional actions.

None of this should overshadow the incredible work you have all done this year. I have never been prouder of our team members and our company. You have all stayed strong and supported each other day after day during difficult times. I know the commitment it takes to come to work each day, and we will honor your dedication by keeping you healthy and safe and following our core values, every day and in everything we do.

My promise to each and every one of you is that I will always be guided by the lessons taught to me by my father and grandfather and will live up to their legacy. I respect that you come to work every day, and you deserve to be treated with dignity. You will be. This is who we are, and who we will remain. It is important to me that this company is a place where all of us are proud to work together. 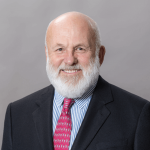 Chairman of the Board at Tyson Foods

John brings to Tyson Foods’ board critical understanding of the company, its operations and the food processing industry.

He has devoted his entire working career to Tyson Foods. The grandson of the company’s founder, John has been part of the company since he was a teenager, has worked in almost every department, and eventually became the company’s chief executive officer. He currently serves as Chairman of the board and has a substantial financial interest in Tyson Foods through his interest in the Tyson Limited Partnership, which retains control of the company.

John has been crucial in building the company into a global leader with a conscience, focused on feeding the world great food, made with the utmost respect. Under his leadership, Tyson Foods has expanded its portfolio of products beyond chicken through major acquisitions. In 2001, the company purchased IBP, inc., the nation’s largest beef and pork processor. In 2014, Tyson Foods acquired The Hillshire Brands Company, a leading producer of branded, prepared foods. The combination of Tyson and Hillshire created a single company with more than $40 billion in annual sales and a portfolio of recognized brands, such as Tyson®, Jimmy Dean®, Hillshire Farm®, Sara Lee®, Ball Park®, Wright®, Aidells® and State Fair®.

John and other senior managers led the development of Tyson Foods’ “Core Values," which set goals and standards. The company strives to be an honorable company that employs diverse people and is respectful of their faith. His work has helped Tyson Foods take pride in the safety and quality of its products, and its dedication to meet customers’ and consumers’ needs. The company feeds families, the nation and the world with trusted food products.

He is actively involved in several philanthropic endeavors, including Tyson Foods’ charitable giving, which focuses on health and human services, community development, education, hunger relief and supporting military veterans. John has received numerous awards and recognitions for his commitment to the common good, improvement of local communities and the world at large. He is a graduate of Southern Methodist University in Dallas, Texas.