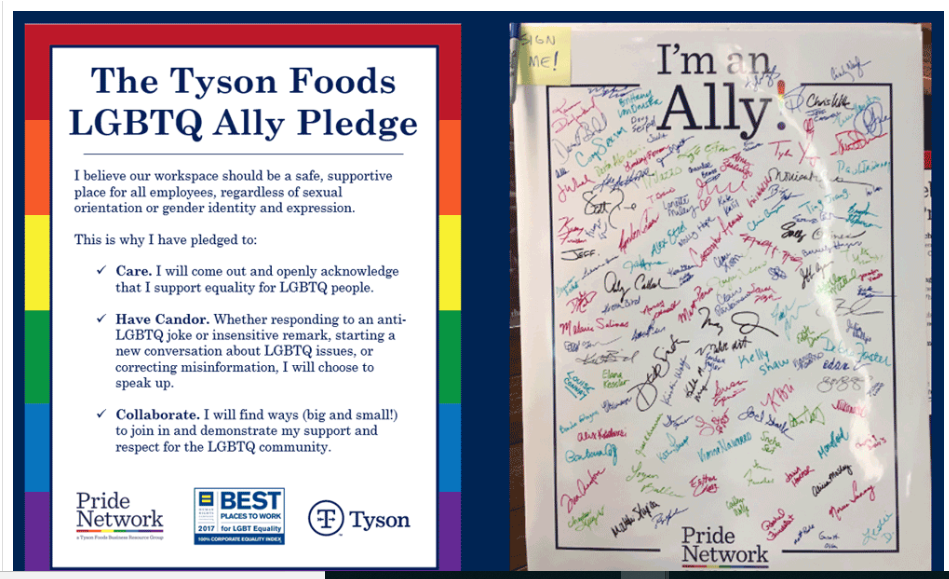 18 JunWhat It Means to Be an Ally

When I was in high school, my best friend told me he thought he might be gay. He didn’t say it with confidence. Thought. Might. It wasn’t that he didn’t know; he was afraid of the implications—the conversations he would have to have, the assumptions people would make, and the fear of being treated differently. Years later–after my friend was comfortable living a happy, healthy life as a proud gay man–my own younger brother called me up and said the same thing:

As an ally to individuals who identify as LGBTQ, one of the most important things to recognize is that sexual orientation and gender identity are rarely black and white (after all, why do you think the symbol for Pride is a rainbow?). Chances are you know lots of people who are openly gay, lesbian, transgender, or non-binary, though you may not have been there for their coming out. And chances are, you also know some people who are struggling to accept their own identity, let alone opening up to others about it.

Coming out takes a tremendous amount of courage, whether for the first time to family or close friends or for the umpteenth time to new acquaintances, coworkers or complete strangers. And the fact of the matter is, that while the world today is dramatically more progressive than it was during the Stonewall Riots of 1969, simply identifying as LGBTQ does still come with consequences that my friend, my brother and more than 11 million adults in the U.S. (and more globally) continue to face today.

So what is an ally?

At Tyson, we more broadly define an ally as “someone who supports marginalized and underrepresented groups of people and works in solidarity with oppressed groups in the struggle for justice. Allies understand that is in their own interest to end all forms of oppression.”

To define “ally” more specifically for our LGBTQ team members, consumers, customers and communities, our Pride Network Business Resource Group has created the Tyson Ally Pledge that we encourage all team members to commit to:

“I believe our workspace should be a safe, supportive place for all employees, regardless of sexual orientation or gender identity and expression. This is why I have pledged to (1) Care. I will come out and openly acknowledge that I support equality for LGBTQ people; (2) Have Candor. Whether responding to an anti-LGBTQ joke or insensitive remark, starting a new conversation about LGTBQ issues, or correcting misinformation, I will choose to speak up; and (3) Collaborate. I will find ways (big and small) to join in and demonstrate my support and respect for the LGBTQ community.”

To me, finding an organization that shares my personal values is one of the most important things when it comes to feeling good about the work I do, and I’m happy to work for a company that encourages its employees to bring their authentic selves to work each day, and shows the world it supports the LGBTQ community by attending and even sponsoring Pride events in our campus communities. This will be my third year marching with the Tyson Foods crew in the Chicago Pride Parade.

How can I be a better straight ally?

If you want to be a better ally to your LGBTQ family, friends and coworkers, try doing these things:

This September, my friend from high school will marry his partner of eight years–and next year, my brother will marry the man he has been with for nearly six years. Both are happy and proud gay men, no longer confused or apologetic about who they are. They are role models to young men and women and I am proud to call myself an ally to them and to countless other friends, family members and Tyson team members. 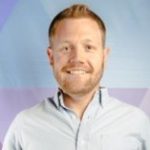 Kyle is a member of the Tyson Innovation Lab in Chicago, leading marketing and branding efforts for a new disruptive brand that will launch this Fall. He started with Tyson Foods in 2016 and has supported our Tyson and Hillshire Snacking brands. He also likes to say that he hosted his first Tyson Pride Network event before he even started work with the company – which is a fact!

Outside of work you will find Kyle dining out in Chicago, watching soccer or baseball or walking along Lake Michigan with his wife and dog.