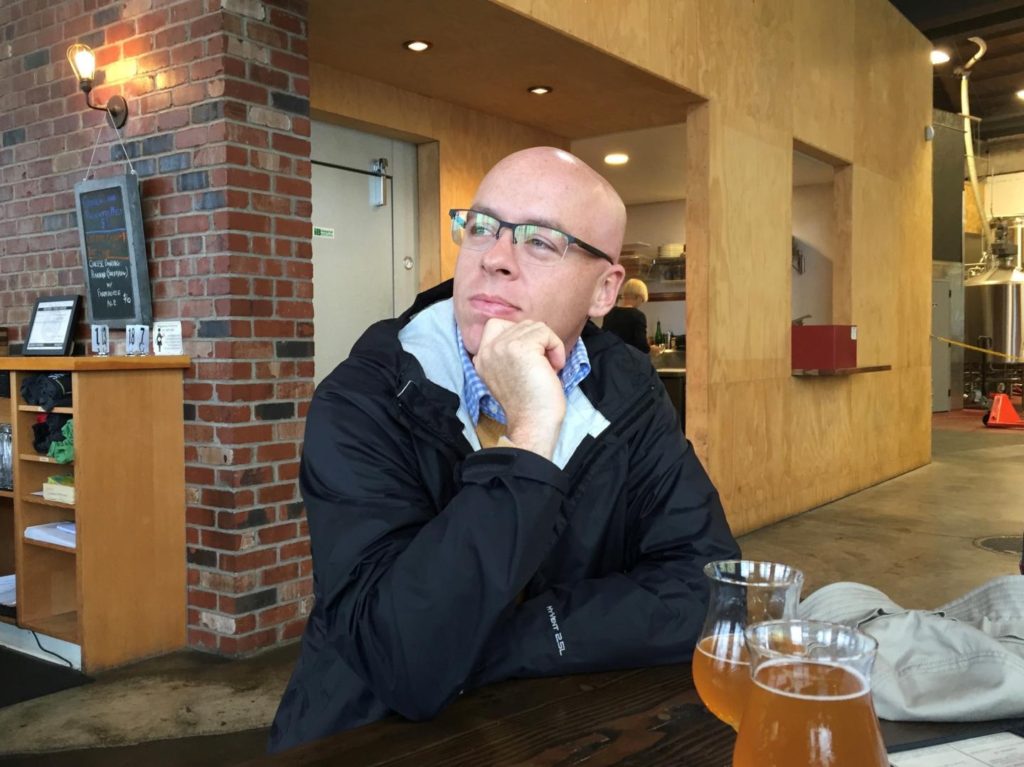 One thing I love about my role in human resources is the ability to understand what energizes people. Often, I hear about interests or hobbies that might have nothing to do with their occupations. Because let’s be honest, when we leave the office, we’re no longer “Alex in accounting” or “Melissa from marketing.”

And I’m no longer “Brian in human resources.”

For more than a decade I’ve worked with a personality assessment called THE BIRKMAN METHOD. It breaks down our outward behaviors and our expectations of the world around us, and from it, we learn that interests often drive our motivation to do good work. Birkman isn’t alone in making this claim. There are a number of other personality instruments out there that tell us the same thing—that when we engage in the activities we love, we are more effective across the broad spectrum of roles we play in our lives, even when the activities are completely unrelated to certain aspects of our lives—like our careers.

In other words, we can actually be better at our jobs by indulging our interests outside of work.

For me, that means HR director by day, beer writer by night.

Yeah. You read that right. I write about beer in my spare time. I produce a REGULAR BEER COLUMN for a local news publication, I’m the state correspondent for the Southwest Brewing News, my work has been featured in national magazines, and to top it off, my first book—ARKANSAS BEER: AN INTOXICATING HISTORY—was released by The History Press last year.

And you thought HR people were stodgy and uptight. Pshhh.

In all seriousness, my interest in beer (more than just drinking it) began about fifteen years ago when a couple of guys in my Sunday school class—yeah, you read that part right, too—showed me around their home breweries. That was all it took for me to get hooked on homebrewing.

I immediately read every book on brewing that I could get my hands on. I listened to every beer-related podcast in existence. And much to my wife’s chagrin, I bought all the brewing tools and equipment I could cram in our garage.

But as my kids got older, my weekends started to fill up with activities and I had less time to brew. Being a dad was (and still is) awesome, yet I was suddenly in danger of losing my hobby. Fortunately, I was able to scratch my craft beer itch with a pen and paper instead of a mash paddle.

Writing about beer has been a rewarding experience for me because, first and foremost, I enjoy working with language. Finding the right words to tell a story is a challenge that is more energizing than exhausting for me. It’s like a Rubik’s cube comprised of adjectives, adverbs, and prepositions that I can’t seem to put down. It’s no surprise that my Birkman results show a very high interest in “literary” activities.

I also have a high interest in the “artistic” category. To me, brewing beer is a work of artistic expression. Ingredients are mixed and matched in different measures to create something that palates will hopefully find pleasing. Brewers are like painters, and the brewhouse is their canvas. I love hearing—and retelling—their stories.

So, while I had to put those dreams of opening my own brewery on hold (for now, at least), writing about beer has been the next best thing because I get to combine two of my biggest passions. And all things considered, finding that sense of fulfillment outside of work has made me a better Tyson Foods team member.

There are as many personality types in the world as there are craft beers.
With that mind, in honor of National Beer Day, I’ve “crafted” my own list of beer-and-personality matches for your enjoyment.

I present to you:

The Doer is a straightforward kind of person. She likes to make things happen and doesn’t waste any time getting the job done. While friendly and team-spirited, she doesn’t sugar coat anything and tends to get straight to the point.

Kölsch is a great beer style for Doers. It’s light-bodied and crisp, making it a perfect beer for those who work up a sweat getting things done. It’s also a straightforward style, stripped of the gimmicks other beer styles employ. Doers need a beer that doesn’t require a lot of analysis, which makes Kölsch the perfect beer for them.

The Thinker spends time considering the nuance of life. She reads the room and gets a feel for what makes people tick. With a healthy appreciation for subtleties, she is constantly thinking about the complexities that make up a situation. The Thinker makes decisions with the future in mind, weighing each choice carefully and pondering the potential payoff.

Barrel-aged sours are a good match for Thinkers. They are made months, sometimes years in advance of their intended consumption. Brewers who make barrel-aged sours do so thinking about the future. They build layer upon layer of flavor while anticipating the future impact of wood-aging. Thinkers will sip these beers slowly so they can get a feel for the brewer’s intent.

The Influencer loves working with people. He enjoys convincing them which is the best path to take. He also loves doing new things, leading his teammates through change. You know the influencer in your office because he’s always talking about the latest and greatest.

Hazy IPAs are taking the world of craft beer by storm. It’s a new and exciting style that’s sure to pique the interest of the Influencer. It has a big, fruity hop character that stands out due to the beer’s relatively low bitterness level. It seems like everyone is talking about hazy IPAs these days, making it an excellent selection for the Influencer.

The Organizer is the glue of the office. He brings order to chaos and creates process where none existed before. While he’s not unaccepting of change, he does prefer consistency and predictability in the workplace. The Organizer is not interested in pushing boundaries. He’s comfortable working within a structure and enjoys getting the same results time and time again.

The classic Pale Ale is the perfect beer for the organizer. It is tried and true and has been pleasing beer drinkers for decades. The best examples—Sierra Nevada Pale Ale is perhaps the most famous—don’t deviate much from style guidelines. They may have been thought of as hoppy and bitter in the past, but now they are considered “middle of the road.” Yet they are consistently delicious, due in large part to the repeatable processes perfected by today’s brewers.

Taken the Birkman? How do your results stack up the Beerkman?

Director of Human Resources at Tyson Foods
More from this author