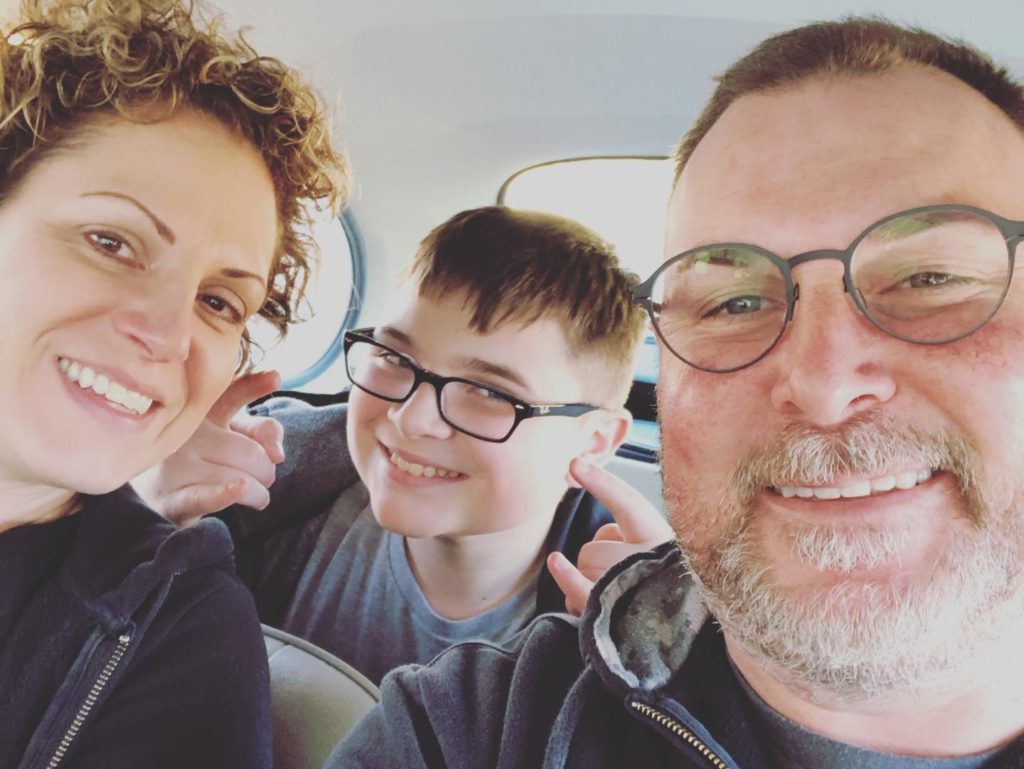 Anyone who’s a parent or has a sibling knows that no two kids are alike. Knowing this, and thinking of ourselves as reasonably intelligent people, my husband and I didn’t really think much of when our son Mason, a third-grader at the time, just could not manage to stay out of the principal’s office. Don’t get me wrong; we thought plenty about how he needed to get his act together and behave—but we didn’t think anything was “wrong,” per se. His 17-year-old brother has made that trip to the principal’s office exactly once in 12 years of public school, so, why was Mason so different? What was the problem? I mean, these kids live in the same house with the same parents, so what gives?

To truly understand our journey, you have to get to know my kid first.

Mason is an extraordinary 12-year-old. He’s got quick wit and he’s funny even when he’s not trying. He’ll communicate, but not always with respect. He’s creative beyond belief. He’s the kid that gets half-way through the 3,000-piece Lego set and abandons the instructions because he has a much better plan. We’re talking really elaborate scenes with thousands of pieces. I have video evidence; just ask me and I’ll share.

He’s always in motion and doesn’t always stay in his seat. He’s always fidgeting, or at the very least, constantly shifting his weight from foot to foot. Imagine how well all this went over in every elementary school program he’s ever been in. Answer: not so much.

He’s smart, but you wouldn’t know it from looking at his grades. He’s terrible at following instructions and doesn’t make friends easily. He’s been bullied. He’s incredibly caring and has an uncanny ability to sense other people’s moods (specifically, sadness). Because of this, he’ll insert himself into situations that he shouldn’t. He wants to be accepted so badly that he tends not to discriminate between positive and negative attention.

He doesn’t always understand teasing or figures of speech so he’s quick to jump in and take up for somebody that may or may not need it—because he’s very literal. Which sometimes has consequences. Like in 5th grade when his dad told him that in response to being bullied, “son, you’re just going to have to punch him in the face.” The next day we got a call from the school. Yep. Mason had punched the kid in the face. Twice. My husband then had to explain to the school why it was his fault Mason faced a two-day suspension. You can’t make this stuff up.

By now I’m sure you’re thinking, “sounds like a discipline problem to me.” Just chalk all of this up to Mason being an unruly kid. That’s what we did—my husband and I spent years trying to discipline his behavior out of him.

But as it turns out, we discovered all those trips to the principal’s office and all those behavioral issues stemmed from something much harder to course-correct than a discipline problem: Mason is “on the spectrum”, but “high functioning”. I will be the first to admit that my previous experience with autism, or Autism Spectrum Disorder (ASD), was watching Dustin Hoffman in the movie Rain Man. I’m not ashamed to admit that I was just that ignorant. Yes, I said ignorant.

What most people don’t know or understand is that no two people with autism are alike. Think about that for a minute. Pretend your kid has just been diagnosed with ASD. There is no cure. You cycle through sadness and relief. Sadness that there’s something “wrong” with your kid, but relief that you’re not crazy or just a bad parent, and there’s a logical explanation for his behavior.

Mason’s diagnosis was a blessing and a curse: because he’s high-functioning, he’s just ‘normal’ enough to be labeled a ‘bad’ kid. At first glance, he generally looks and acts like the average 12-year-old boy with a behavioral problem.

That’s why he wasn’t diagnosed until third grade. That’s also our biggest challenge and the single source of 10-15+ meetings at school each year.

The diagnosis does not come with an instruction manual or a road-map for the myriad of therapies that may be available–because again, no two people with ASD are the same. So, while we were relieved to know that there was a cause for Mason’s frequent flier status in the principal’s office, we didn’t have the first clue what to do about it.

Since then, we’ve tried behavioral therapy, occupational therapy, and even speech therapy. Did you know that speech therapy is more than just your enunciation of words? I didn’t. Turns out there’s a whole other side of speech therapy that targets understanding how a conversation is supposed to flow, recognizing sarcasm or teasing, and even figures of speech. The occupational therapy helped with his hand-eye coordination. And here we thought he just wasn’t athletically inclined. It’s pretty defeating to realize you’ve been selling your kid short because you didn’t understand his challenges.

The hardest thing about ASD is overcoming society’s expectations. For Mason, it’s a constant battle to get teachers and even family to understand that there is a medical reason for his behavior. People tend to expect disabilities to be obvious whether they’re physical, mental, or emotional. But here’s the thing–it’s not always obvious. And those assumptions are what lead to kids like Mason being mislabeled as ‘bad’ kids, potentially causing them to miss out on opportunities for assistance or stunt their education because they’re stuck in the principal’s office.

Despite all his challenges, I’m super thankful that I get to be Mason’s mom, because he’s a pretty special guy.

Vice President, Food Safety and Quality Assurance for Poultry at Tyson Foods
More from this author