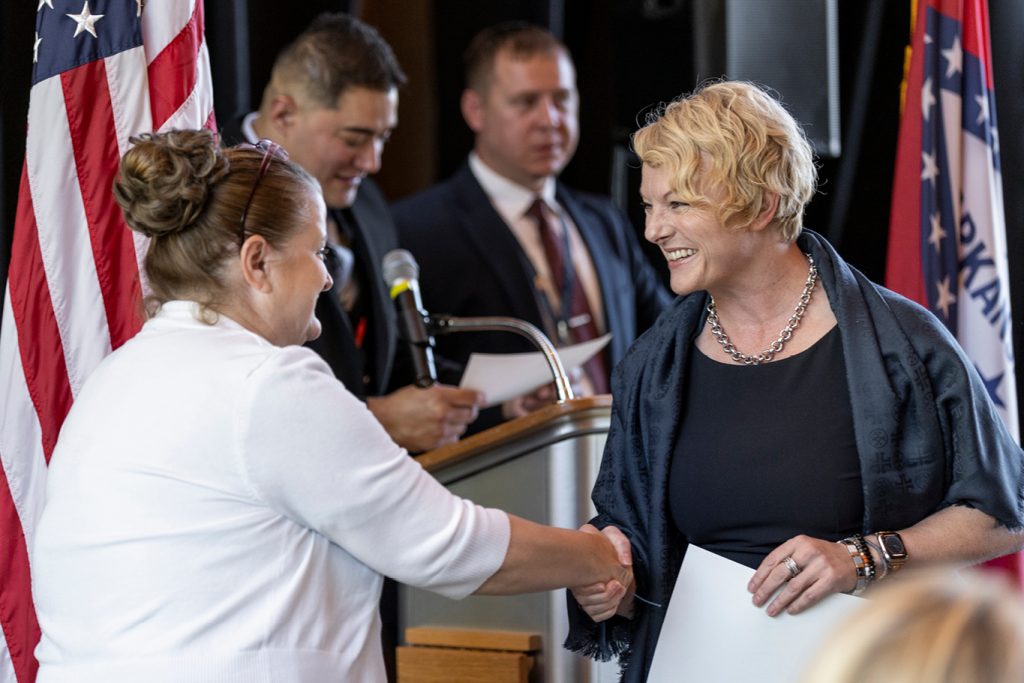 I was honored last month to become naturalized as a U.S Citizen during a ceremony on September 19, 2022 at the Crystal Bridges Museum of American Art along with 6 fellow Tyson Foods team members. We raised our hands together during the oath ceremony held by the U.S. Citizenship and Immigration Services and the U.S. District Court Western District of Arkansas and became Americans.

Benetia Rodriguez, Felisa Rojo, Fernando Garcia Perez, Fernando A. Vasquez, Paw Lar and Taofeek Muhammed all work at Tyson facilities across Arkansas, and we have one other thing in common: we’re immigrants.

For many immigrants, applying for citizenship can be complicated and overwhelming, but not at Tyson Foods. We offer legal and immigration support to all team members through the Tyson Immigration Partnership program, which supports 40 locations across 14 states. In 2021, we helped more than 500 team members and in the last 6 months, we’ve counseled over 2,000 team members who wish to become U.S. citizens. We also reimburse team members for their application fees, which can be as much as $725.

Taofeek Muhammed, a project manager for Tyson Foods said he had no idea what to expect when he came to the United States from Nigeria five years ago. He went to Arkansas Tech, got a master’s degree, and started a family. He says he’s proud to finally call the U.S. home and grateful for Tyson’s support.

“The immigration process is very tiresome, but I feel like it’s worth it at the end of the day because we finally get to be a part of the greatest country in the world,” said Muhammed.

Paw Lar, a Tyson Foods Clarksville team member from Thailand agreed. “I really miss my extended family that’s still living in another country, but I feel like I finally belong somewhere after becoming a U.S. citizen.”

After having gone through the naturalization process myself, I am better equipped to talk about the experience, the process, the work it takes, the preparation required, the help and counsel available to you along the way. It doesn’t matter where you come from, what your background is, which languages you speak or don’t speak – this is a wonderful benefit available to all Tyson team members and their family members everyone can do this, and I would encourage more Tyson team members to take advantage of this amazing benefit.

I am thankful to Tyson Foods and the Immigration Partnership Program. I am now an American citizen, proud to be able to vote for the first time in a country I lived in and called my home for the last 12 years. 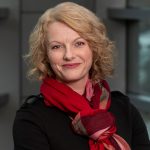 Johanna brings more than two decades of experience in global people solutions, employee engagement and talent development to Tyson Foods. She most recently served as Senior Vice President, Chief Human Resources Officer at The Dow Chemical Company and oversaw the company’s cultural and organizational transformation through the DowDuPont merger and spin-off.

She previously led global compensation and benefits at Huhtamaki, a global sustainable food packaging company. Her career began in Finland at Ericsson and she has also held HR roles in Germany and Switzerland.

Johanna holds a master’s in economics from the Hanken School of Economics in Helsinki, Finland, as well as the Society for Human Resource Management Senior Certified Professional (SHRM-SCP) credential. She is a member of the board of Neste, the world’s largest producer of renewable diesel and jet fuel from waste and residues.